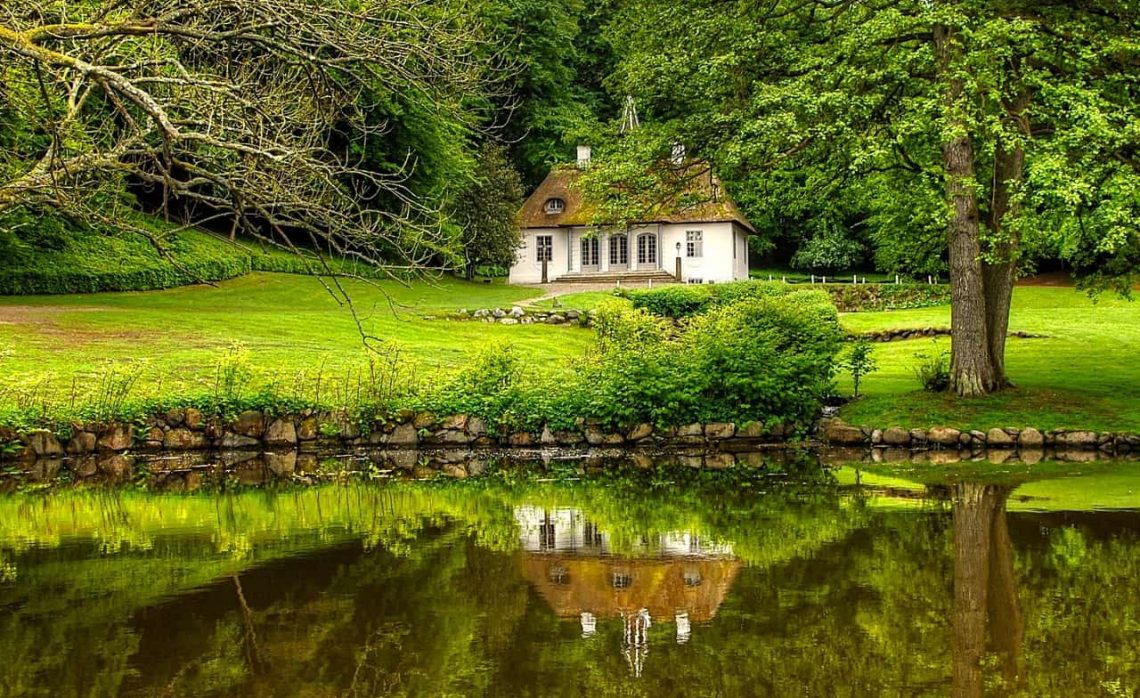 “Godliness simply means ‘God-likeness.’ In the original Greek, this word meant ‘to worship well.’ It described the man who was right in his relationship with God and with his fellow man.”

“Perhaps the words reverence and piety come closer to defining this term. It is that quality of character that makes a person distinctive. He lives above the petty things of life, the passions and pressures that control the lives of others. He seeks to do the will of God, and as he does, he seeks the welfare of others.”

“We must never get the idea that godliness is an impractical thing, because it is intensely practical. The godly person makes the kinds of decisions that are right and noble. He does not take an easy path simply to avoid either pain or trial. He does what is right because it is right and because it is the will of God.” [Wiersbe 25]

Webster defines godliness as “a careful observance of the laws of God and performance of religious duties, proceeding from love and reverence for the divine character and commands; Christian obedience.”

“For the Christian, it means loving God with one’s whole heart, mind, and strength, as Jesus commanded, and simultaneously loving others. This is true godliness, a fulfillment of all the commandments.” [Blackaby 49]

“Godliness means authentic piety, and it runs in two directions. First, it refers to one who has the right perspective and attitude towards God, showing the proper reverence and worship due the Almighty. Second, it reflects itself in a right view towards others – a genuine servant’s heart, giving others their proper honor and respect.” [Swindoll 298]

“Peter also said this about godly behavior: Abstain from fleshly lusts which war against the soul, having your conduct honorable among the Gentiles, that when they speak against you as evildoers, they may, by your good works which they observe, glorify God in the day of visitation (1 Peter 2:11-12).”

“Fleshly lusts referred to more than the physical nature of a human being. It referred to human nature and to a life without the standards and help of Christ. The phrase referred to everything that was contrary to godly living.” [Blackaby 51]

Paul wrote to Timothy, “By common confession, great is the mystery of godliness: He who was revealed in the flesh, was vindicated in the Spirit, seen by angels, proclaimed among the nations, believed on in the world, and taken up in glory.” (1 Timothy 3:16 NASB)

Paul admonishes Timothy to, “Refuse and avoid irreverent legends profane and impure and godless fictions, mere grandmothers’ tales) and silly myths, and express your disapproval of them. Train yourself toward godliness (piety), [keeping yourself spiritually fit].”

“For physical training is of some value (useful for a little), but godliness (spiritual training) is useful and of value in everything and in every way, for it holds promise for the present life and also for the life which is to come. This saying is reliable and worthy of complete acceptance by everybody.” (1 Timothy 4:7-9 AMPC)

Paul states, “If anyone teaches a different doctrine, and doesn’t consent to sound words, the words of our Lord Jesus Christ, and to the doctrine which is according to godliness, he is conceited, knowing nothing, but obsessed with arguments, disputes, and word battles, from which come envy, strife, insulting, evil suspicions, constant friction of people of corrupt minds and destitute of the truth, who suppose that godliness is a means of gain.”

Paul continues, “But godliness with contentment is great gain. For we brought nothing into the world, and we certainly can’t carry anything out. But having food and clothing, we will be content with that.”

“But those who are determined to be rich fall into a temptation, a snare, and many foolish and harmful lusts, such as drown men in ruin and destruction. For the love of money is a root of all kinds of evil. Some have been led astray from the faith in their greed, and have pierced themselves through with many sorrows.”

Paul encourages, “But you, man of God, flee these things, and follow after righteousness, godliness, faith, love, perseverance, and gentleness. Fight the good fight of faith. Take hold of eternal life to which you were called, and you confess the good confession in the sight of many witnesses.” (1 Timothy 6:3-12 WEB)

Esther “was finding favor in the eyes of all who saw her. (Esther 2:15b) “The king loved Esther more than all the women” he was considering to be his new wife. The king made Esther his wife, but he did not know that she was of Jewish descent.

When a wicked plot came forth to kill all the Jewish people and seize all their possessions as plunder (3:13), Esther was encouraged to approach the king and intercede for their well being. Her uncle said, “Who knows whether you have not attained royalty for such a time as this?” (4:14)

Esther exposed the plot to kill the people and the king issued a decree where the people could defend themselves against the original orders, so the people were spared ‘for dread had fallen on those around them’.

Beyond Esther’s physical beauty, she was a woman who walked in the fear of the Lord, experienced favor with God and man, and walked in wisdom, courage and godliness. Esther considered others’ lives above her own life when she interceded on their behalf.

Lydia, a worshiper of God and a seller of purple fabrics from the city of Thyatira, was in Philippi on the Sabbath day for the purpose of prayer. Paul arrived and began to speak to the assembled women. And “the Lord opened her heart to respond to the things spoken by Paul.” (Acts 16:14)

Lydia urged Paul and Silas to come to her house and stay. As they were traveling, a demon possessed woman cried out repeatedly, saying, “These men are bond-servants of the Most High God, who are proclaiming to you a way of salvation.” (16:17)

After casting the demon out of the woman, her masters seized the men and accused them of wrongdoing. The crowd joined in the accusations, so the chief magistrate (judge) tore off Paul and Silas’s clothes, beat them and threw them in jail.

As Paul and Silas prayed and worshiped in jail, there was a great earthquake which unlocked all the prison doors and unfastened all the prisoner’s chains. The jailer cried out, “Sirs, what must I do to be saved?’ They answered, ‘Believe in the Lord Jesus, and you will be saved, you and your household.’” And the jailer was saved. (16:30-31)

The next morning, the men were released from prison, so they made their way to Lydia’s house where they encouraged the Believers who were gathered there. Then the men departed from their region. (16:40)

Though they were prohibited from going to her home that evening, Paul and Silas did come to her home and encourage her and her household the following day. Lydia was a woman of godliness who recognized godliness in strangers and sought to bless them.

After hearing Hudson Taylor speak of his work in China in 1887, Amy Carmichael (1867-1951) desired to work as a missionary in China. Due to poor health, she traveled to India instead.

In India, Amy provided shelter to young girls who were forcibly sold to the Hindu temples and required to be temple prostitutes against their will. The children were drawn to Amy by her love and she withstood threats by those who wished to once again enslave the girls in temple prostitution.

When asked about missionary life, Amy responded, “Missionary life is simply a chance to die.” To die to self that she might know God and serve others.

Amy served in India for fifty-five years. Her last twenty years were spent bedridden, however, she used that time to write books to encourage Believers in their walk with Him.

Amy lived a life of godliness in rescuing children from temple prostitution and in writing encouraging words for Believers. Amy embraced a life of surrender, worship and pouring her life out for others.

Ronald Reagan’s quote about character is one I believe is helpful to us as we grow and walk in moral excellence and godliness.

Ronald Reagan said, “The character that takes command in moments of crucial choices has already been determined by a thousand other choices made earlier in seemingly unimportant moments.”

“It has been determined by all the ‘little’ choices of years past – by those times when the voice of conscience was at war with the voice of temptation, [which was] whispering the lie that ‘it really doesn’t matter.’”

“It has been determined by all the day to day decisions made when life seemed easy and crises far away – the decisions that, piece by piece, bit by bit developed habits of discipline or of laziness; habits of self-sacrifice or self-indulgence; habits of duty and honor and integrity – or dishonor and shame.” (Reagan)

May the Lord help each of us “grow in the grace and knowledge of our Lord and Savior Jesus Christ. To Him be the glory, both now and to the day of eternity. (2 Peter 3:18) And may God bless us and ‘utterly satisfy our hearts with more of Him’. (Carmichael)

Thank you, Lord, for conforming us into Your image that we might reflect you, be a sweet aroma before You, and worship you with our very lives. Thank you for strengthening us to make the kinds of decisions that are true, right and noble. Thank you for strengthening us as we choose to not take the easy path before us simply to avoid pain or trial, but to follow You and trust You in all things by the power of Your Holy Spirit. Amen.

For further reading on life and godliness, see Lisa’s post on Life and Godliness: Knowledge https://strengthwithdignity.com/life-and-godliness-knowledge/

Lisa Blair desires to encourage others in their walk with Jesus! Lisa has been an intercessor for over 35 years and wants to encourage you in partnering with God in prayer. A wife for over 30 years, she brings insight and understanding to having a life-giving relationship in marriage. A home school teacher for 26 years, she shares wisdom she has learned through the years in teaching children in many different subjects. An amateur photographer, she enjoys sharing God’s beautiful creation and travel tips. Lisa received a BA in Psychology from Baylor University.

14 thoughts on “Life and Godliness: Godliness”

Encouraging others in their walk with Jesus